What are the origins of Towards Peace?

As part of a two year listening process, survivors of abuse met with Catholic bishops to help them understand the holistic impact of abuse.  One of the things that survivors asked for was a service offering spiritual support.  Towards Peace was designed as a response to this request – that could be offered through the work of the whole Church, including support offered by lay people, religious sisters and brothers, and priests.

Towards Peace is one of three services that form the Catholic Church’s pastoral response to abuse in Ireland.

The other two services are: Towards Healing and the National Board for Safeguarding Children in the Catholic Church in Ireland.

Timeline of the development of Towards Peace

2011: As a response to what the Initiative heard and learned in their conversations with survivors, the Irish Episcopal Conference sanctioned the publication of a document which was drafted by the Initiative, entitled: Towards Healing and Renewal. In addition to outlining the Conference’s ongoing commitment to supporting the work of the National Board for the Safeguarding of Children in the Catholic Church in Ireland and Towards Healing, Towards Healing and Renewal also outlined the Conference’s commitment to a new initiative to support survivors in their spiritual wellbeing.

Following the publication of the document, the four bishops and the Co-Coordinator met with a large number of individuals and groups of survivors to ascertain their reaction to the document. Some survivors were supportive of the idea of a spiritual support service, beginning with the option of one to one spiritual direction, with a lay, religious or clergy person; as long as it was developed in a way that learned from civil processes and that reached out to survivors who were estranged from Church.

A team of three people (a priest with a spiritual direction background, a Director of Safeguarding, and a religious sister with a counselling background) was put in place to further develop the idea of a spiritual support service for survivors of abuse by Church personnel in Ireland. The team consulted with CORI, Towards Healing, and individual survivors and survivor groups. The following is a summary of the many different themes, needs and hopes that they heard:

2012: Sr. Mary Whyte, one of the team of three, was appointed as Coordinator of the spiritual support initiative, based at the Columba Centre in Maynooth, with support from the Centre in regards to finance, IT and administration. 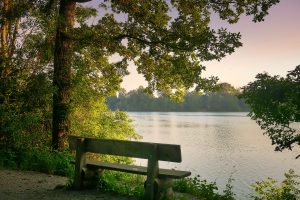 2013: The first Board meeting for the spiritual support service took place. The original Board was a mixture of clergy, religious and lay people, from Ireland.

A name for the service was agreed: Towards Peace.

2014: Further meetings took place with survivors. An initial policy document was approved by the Board. The panel of spiritual companions received specialised training, which included trauma awareness input and hearing input from survivors. A Designated Person was appointed to take care of revelations of abuse. A clergy CORI representative and a lay woman counsellor and spiritual director from Northern Ireland joined the Board.

Towards Peace was launched in the South (Cork), in the West (Knock) and information sessions were held in Kildare and Leighlin and Ferns Dioceses.

Mrs. Una Allen and Mrs. Colleen Brown were appointed as Towards Peace part-time staff, as Director and Administration & Development Coordinator. A website for Towards Peace was developed.

2015: Towards Peace staff began to re-connect with the survivors and support providers with whom Mary had been in touch over her three years with the service. Three new lay Board members joined the Board of Towards Peace.

Sr. Mary Whyte moved on from Towards Peace, to new work at the request of her congregation.  Sr. Marianne O’Connor was elected Chair and Andrew Fagan was elected Vice Chair of the Towards Peace Board.

Information sessions about Towards Peace were held Ossory, Ardagh and Clonmacnoise, Down and Connor, Dromore, Dublin and Kilmore and Ossory Dioceses.

The Towards Peace team (Board members, staff and spiritual companions) gathered for an inaugural Day of Prayer and Reflection about the service of Towards Peace.

2016: The Board of Towards Peace published its Policies and Procedures.

Towards Peace staff, spiritual companions and Board members promoted the existence of Towards Peace within the Galway region.

The Towards Peace team (Board members, staff and spiritual companions) gathered for the annual Day of Prayer and Reflection about the service of Towards Peace.

2017: Towards Peace staff, spiritual companions and Board members promoted the existence of Towards Peace within the region of Cork and Ross.

Marianne O’Connor finished four years of work with Towards Peace, including her time as Chair of the Board.

Core Training, Module 1  – Working with Survivors of Trauma – Shattered Wholeness: The Spiritual Impact of Trauma – was offered to Towards Peace spiritual companions.

Towards Peace met with one of its funders, the Irish Episcopal Conference, to discuss an 18 month report about the service, and an organisational review of the service initiated by the Board.  Core training, Module 4 – Secondary Trauma and Self-care – Sustaining Wholeness: Holding suffering, seeking integration – was offered to Towards Peace spiritual companions. 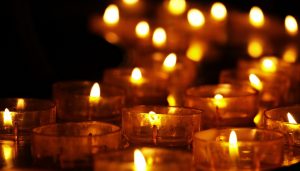 The Towards Peace team (Board members, staff and spiritual companions) gathered for the annual Day of Prayer and Reflection about the service of Towards Peace.  Parishes throughout the island of Ireland helped to spread the word about Towards Peace, through an updated leaflet, poster, website, YouTube link, and resources for Christmas Masses and bulletins.

Core Training, Module 1  – Working with Survivors of Trauma – Shattered Wholeness: The Spiritual Impact of Trauma – was offered to Towards Peace spiritual companions.

Towards Peace begins its organisational restructuring.

Towards Peace works to ensure we are GDPR compliant when new data protection regulations are introduced throughout Europe this month.

Ms Breige O’Hare concludes here time as consultative member of the Board due to ongoing work commitments.

Towards Peace has a visible presence at the World Meeting of Families Pastoral Congress in the RDS as part of the IEC stand. AMRI also kindly agreed to carry information about the service on their stand.

As part of  ongoing organisational review of Towards Peace, an Oversight Committee comprising six members has been established to replace thirteen member Board which was dissolved on Aug 30th.

In conjunction with the IEC and AMRI, the Towards Peace Oversight Committee is tasked with conducting a review of the service and making recommendations as to its future. This work is to be completed by April 2019.

“To be trusted and allowed by a person who has been harmed by the Church, to accompany them as they explore their sense of God, is a huge privilege and responsibility.” – Towards Peace Spiritual Companion

“I would like to thank Towards Peace from my heart, for connecting me to my spiritual companion. Because of my own personal past experiences, and indeed other members of my family, I felt so betrayed, confused, broken and lost. I am getting older, weaker, fragile and in a lot of emotional, physical and mental pain. I felt a great need for spiritual direction to help me to prepare to meet my God.” – Towards Peace Client